Flanders Road is a short distance from the excellent shops, boutiques and restaurants of central Chiswick, and close to Turnham Green Underground station (District Line). Central London and Heathrow (A4/M4) are easily accessible, as are several leading independent schools.

Chiswick High Road, famous for its boulevard-style pavements, is full of quality independent outlets and an increasingly up-market selection of high street names which run from Hammersmith through to the Chiswick roundabout. Chiswick is a great place to shop and eat. Tesco, Sainsbury's, Waitrose and Marks and Spencer are all represented. Serving meat lovers are Macken Bros, Wyndham House and Ginger Pig butchers. Covent Garden Fishmongers do as their name suggests. Bayley & Sage have an amazing cheese counter and the Grove Park Deli on Fauconberg Road is also very popular. The Old Cinema provides Antique Vintage Retro Collections. Attractive fruit, vegetable and flower stalls add colour to the High Road. High Street banks, chemists, dry cleaners, beauty spas, fashion shops, off licences and general repair shops as well as many other outlets means there is no need to go elsewhere.

Lord Burlington's Chiswick House is a picturesque, 18th-century Palladian mansion with gardens designed by William Kent. The birthplace of the English Landscape Movement, the gardens, with their statuary hedges and vistas, has had a 12 million makeover which includes a new caf by architects Caruso St John. In recent years Chiswick House grounds have played host to Soho House group's House Festival, enticing the great and the good of the media industry with performers who are both nationally renowned and locally resident.

Bedford Park, London's first garden suburb, was built between 1875 and 1886 as part of the Arts & Crafts revival. Victorian property developer Jonathan Carr instructed lead architect Richard Norman Shaw (alongside EJ May, W Wilson and EW Godwin) in the building of a collection of houses and studios that now form a conservation area and are for the most part Grade II listed. Many of these houses feature elements of styling from William Morris, to whose legacy is dedicated the William Morris Society at Kelmscott House on Upper Mall.

A rare opportunity to purchase this unique artists studio house in the sought after area of Bedford Park.

This incredible and rarely available converted detached Artists studio boasts a vast triple height ceiling culminating in spectacular entertaining space which spans almost the entire floor space of the ground floor. The floor to ceiling glass windows and doors, coupled with the huge tall ceilings create a remarkable space, which benefits from a wealth of natural light, wooden floorboards, a wood burning stove and sky lights. Adjacent to this is newly refurbished large family sized bathroom. Overall, the versatile layout really emphasises the volume and space the property has to offer.

The mezzanine level houses the modern bedroom which enjoys its own fireplace and views down onto the reception room below and the garden beyond.

At the front of the house is the kitchen which features an expanse of glass windows and built in storage with views over the front garden.

The lengthy garden contains established flowerbeds and a path leading towards a good sized outside office/studio at the rear of the garden, providing a further external office or storage space, or it could even be converted into a further bedroom. 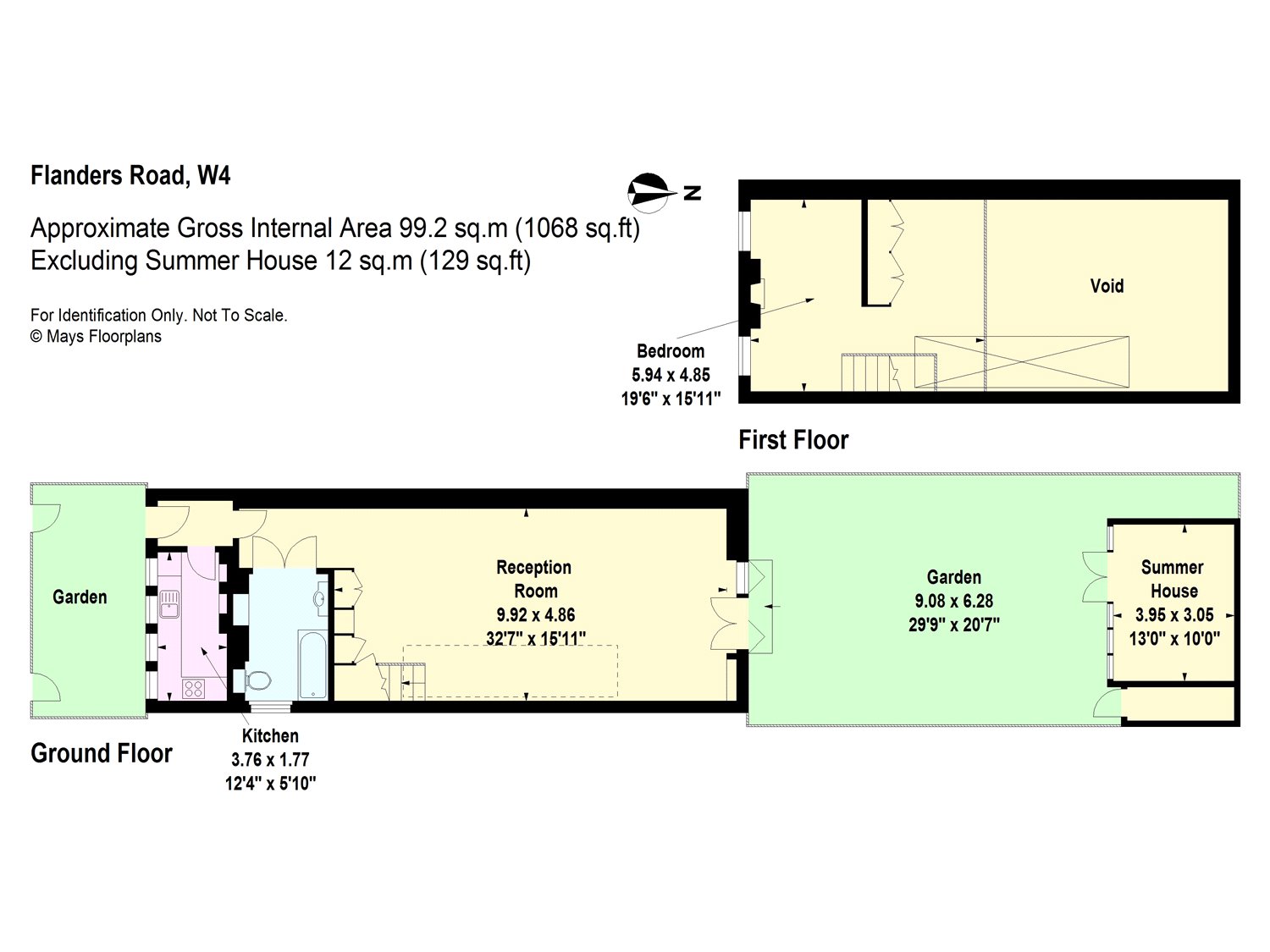 Enter the name and email address where you want us to send the form. You will receive it in your inbox in a matter of minutes.

Enter the name and email address where you want us to send the form. You will receive it in your inbox in a matter of minutes.

Enter your name, email address and the service you want to know more about.

Thank you. We will get back to you with more information.